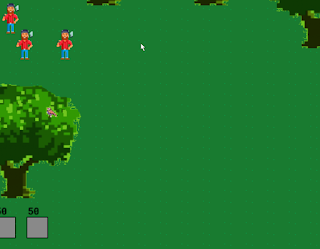 
There once was a old growth forest that had millions of healthy trees, but then lumberjacks came with machines and axes cutting all the trees, eventually there will be no more trees for the old growth forest animals to live in.
It’s almost like whack-a-mole
Objective:stop the lumberjacks~don’t tap the bombs

Enemies:LumberJacks and bomb
at January 07, 2019